Did you ever wonder how this is possible? The mechanism is very simple. Modern wind turbines have between two and three propeller-style blades surrounding a rotor. When the wind blows, the wind energy pushes on the blades and turns them around the rotor. In turn, the rotor causes the main shaft inside the turbine to spin, which generates electricity. 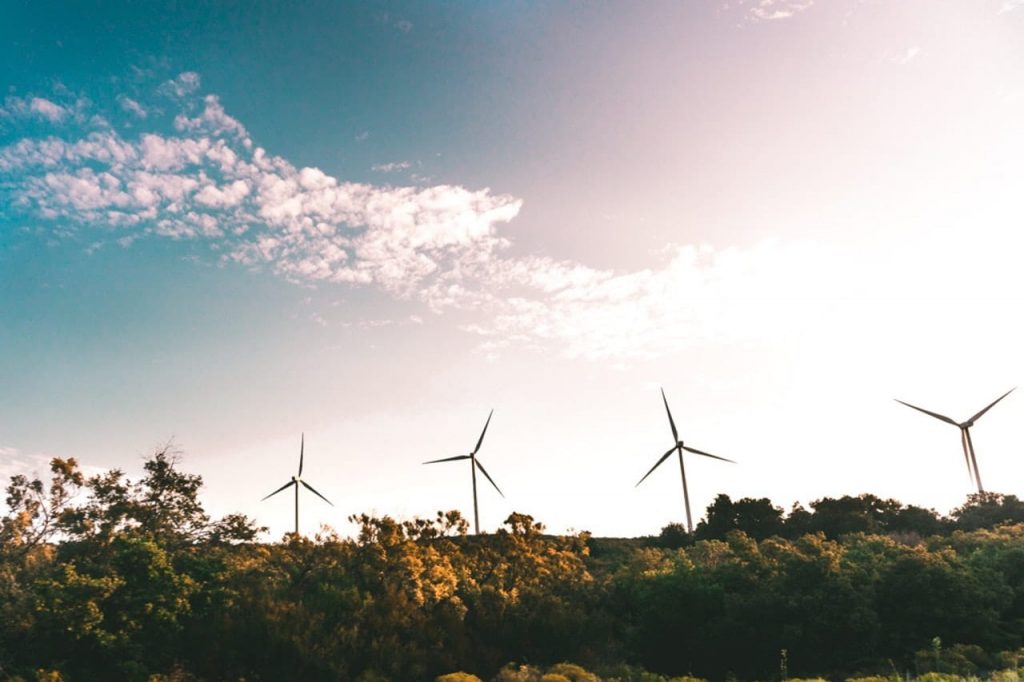 The basics of how windmills and wind turbines generate power centers on the wind pushing on the blades of the wind turbine. But how does this motion get converted into electricity? In reality, wind energy already gets used to fly a kite or activate a windchime or sail a sailboat. A wind turbine generator takes it a step further by changing the kinetic energy of wind into electricity. This change is done by harnessing the power of the wind.

Most wind turbines you see are Horizontal Axis Wind Turbines (HAWT), which allows air to blow on both sides of the turbine’s blades. This design enables higher air pressure to be created on one edge of the blade and lower air pressure on the other edge because air takes longer to travel across. The difference in air pressure allows for a higher speed of rotation since the blade is pulled along, letting more electricity be generated than with the older, drag type of blades, which you can often see on farms.

As the blades of the HAWT turbine spin in the wind, they turn a rotor shaft inside the turbine. In turn, the rotor spins a series of gears to increase the rotation. The gears are linked to a generator. Once the rotation is rapid enough, the generator can produce electricity.

Wind turbines make use of a readily available and renewable energy resource: the wind. There is less environmental risk with harnessing wind power than with extracting fossil fuels from the earth and transporting them. In addition, unlike fossil fuels, wind will not run out. Wind turbines can often be placed in areas that aren’t used for many other activities. They can be put in fields or valleys in front of mountains, and they’re not as disruptive to the surrounding environment when compared with the extraction process to remove fossil fuels.

Mold release agents are essential in the creation of wind turbines, as they’re used in the blade design process. Solvent– and water-based release agents are in demand in this industry to ensure the proper release of components that are larger, such as the blades used on large turbines. W.N. SHAW & CO. works with windmill and wind turbine manufacturers and designers to create safe and durable windmills. Our solutions offer flexibility, durability, simple application and cost-effectiveness. Contact us to learn more about our products.