Overview of the Rotational Molding Industry

While it is easy to assume many of the current practices and methods used in industry are modern inventions that couldn’t exist without sophisticated machinery, in many cases this isn’t the case. Industry has perfected, improved and automated ways of forming and transforming material, but often the very basic principles were discovered ages ago. 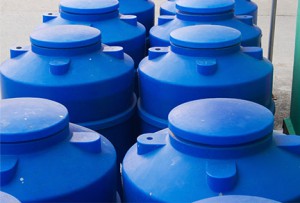 Like all successful inventions, the rotational mold has seen massive improvement and modification over the years, to the point that the equipment doesn’t at all resemble that first machine used so long ago. However, the basic principle of spreading a liquid material within a cavity by way of rotational motion to create one or more objects having the shape of the mold is still at the heart of our industry today.

Here at W. N. SHAW, we’re fascinated by the history of the rotational mold. Companies all over the world use our rotational molding mold-release agent to ensure high-quality products that can be easily removed from their molds. You can understand, then, how passionate we are about the more than 200-year history of rotational molds. Some of the major milestones include:

The first written accounts of using rotational molds, in Dresden, Germany, are observed.

A patent was created by R. Peters in England, covering his invention of a device that used “two centrifugal motions at right angles to each other” by means of beveled gears to project material – in this case molten metal – within the mold shell. Peters’ machine was used specifically to fabricate artillery shells.

Baker & Perks, also in America, would expand on the burgeoning rotational mold and apply it to the food industry, specifically hollow chocolate bunnies and eggs. Next Easter, don’t forget that your chocolate Easter bunny owes its popularity to rotational molding!

The 1940s would see many improvements, such as the introduction of PVC. Toys and display items were the first objects mass-produced, though molded plastics quickly gained acceptance. By the 1950s, many other household items were being fabricated using rotational molding.

Cast aluminum molds were introduced at the start of the 1950s. This allowed the next step in thin-walled, complex shapes, and took advantage of improvements in plastic and rubber formulations. This allowed high-speed, high-volume rotational molding machines to see rapid growth worldwide.

The second half of the 1950s would see a major advancement in the ability to create powder polyethylene, which in turn allowed the manufacturing of massive 400- to 1,000-gallon tanks by means of rotational molding. At this stage, it was clear that rotational molding was no longer simply for small hollow objects.

It was now time for some major improvements in the formulation of materials for molding. The equipment itself saw steady evolution, but it was the creation of advanced materials like Microthene, a low-density polymer, that forced the next jump in popularity of rotational molding. These materials also permitted a decrease in wall thickness and part complexity.

Linear low- and medium-density materials would see the light of day at the start of the ‘70s, and would quickly become accepted worldwide as ideal polyethylene for rotational molding. The introduction of the multiarm turret machine signaled the next major change on the machine side of rotational molding, and this concept is still in use today.

These two decades would see advancements on both the equipment and materials front. Increased automation, control and precision was added to rotational molding machines, allowing for a massive leap forward in quality and productivity. Advanced materials like Metallocene polyethylene were created in an attempt to offer greater impact resistance and durability to molded plastics.

One might assume that, after more than two centuries of development, rotational molding has reached a pinnacle. However, the industry isn’t slowing down. On the contrary, there is currently a push for extremely advanced biomaterials that allow for parts that require little to no finishing or preparation for painting or assembly.

Our entire team at W. N. SHAW is passionate about our industry: where it started, where it is today and where it is heading. As experts in formulating mold release for rotational molding, we will continue to play our part in giving you the quality release agents you need to create world-class rotational molded parts.